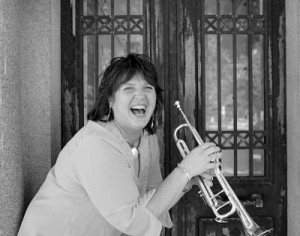 “Chicago does not lack for engaging jazz trumpeters, vocalists, pianists, bandleaders, songwriters and arrangers — but how many can do it all? Jeannie Tanner happens to be one… If you’ve ever been fortunate enough to hear her pick up a horn, or sing a ballad or unveil an original song, you know that she practically exudes music.”
Howard Reich, CHICAGO TRIBUNE

Her music has been featured in many movies including A Christmas Duet (Hallmark), Christmas Cookies (Hallmark), Signed, Sealed, Delivered for Christmas (Hallmark), Doomsday Mom (Lifetime) and Christmas in the Air (Hallmark) — as well as Indie films Blame It On Toby (starring Kevin J. O’Connor) and Scrooge and Marley (starring David Pevsner, Tim Kazurinsky and Rusty Schwimmer).

3 Martini Jeannie is a fun, energetic group that Jeannie started during the pandemic. They perform mainly pop and R&B covers, along with some of Jeannie’s original pop music. 3MJ began performing FB / Youtube Live-streams in March of 2020 and continued on through the spring of 2021. When in-person, live music shows came back — 3MJ played to a sold out audience at City Winery in May, 2021 and rocked the stage at Northalsted Market Days in August, 2021. 3MJ plays private parties and can also be heard around Chicago at a wide variety of venues and special events. 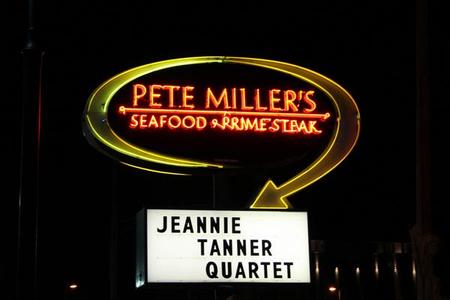 The Jeannie Tanner Quartet has more of an emphasis on jazz, blues and Jeannie’s original music that is more in the style of the Great American Songbook – and can be heard at some of Chicago’s finest jazz venues. The JTQ also performs at weddings and corporate/private events/jazz festivals.

Always a creator, Jeannie kept busy during the pandemic. Her most recent single/video “I Wanna be the Change” was filmed during the summer of 2020, released 8/25/20 and was Grammy considered in 4 categories, including Best Pop Duo/Group Performance and Best Video. She composed the music for a new web series called Bong Zombies, available on Amazon Prime; and wrote the score for a documentary for Preservation Chicago, which features some of the historic homes in the Arlington-Deming district in Lincoln Park. The film is narrated by Ward Miller, Executive Director of Preservation Chicago, and culminates with an inside tour of the Sarah Belle Home at 522 Deming. Jeannie has composed the music for two YWCA videos and in September of 2021, she scored the music for a short documentary film for the Art Institute of Chicago featuring paintings from the Impressionist wing. She is currently producing a brand new podcast called Just Ask Abby hosted by Abigail Riccards, and wrote/performed the theme music for the show. 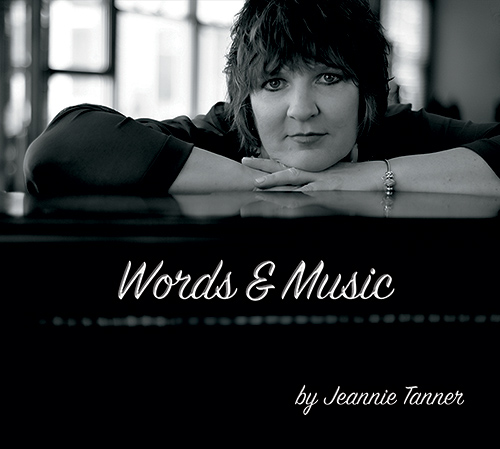 “With a dozen Chicago vocalists and a raft of compositions — many written with those particular vocalists in mind — Jeannie Tanner’s double-disc constitutes a love letter to the city’s jazz singers. And hearing their performances, the feeling is clearly mutual.” Neil Tesser/The Jazz Network/Grammy Award Winning Journalist

“Words & Music is a collection of Great American Songbook-inspired tunes written by trumpet virtuoso Jeannie Tanner. Tanner takes audiences back to a time when blues singers ruled the nightlife of cabarets and jazz clubs far and wide… “Words & Music” offers a bounty of melodic jazz blends, from bossa nova to cabaret and swing. Each track is a singalong tune, making the recording appealing to a wide audience and crossing over many sectors of jazz.” Susan Frances, Blogcritics

The variety of tunes on her cds showcase Tanner’s breadth and talent as a songwriter and musician. Tanner’s distinguishing feat as a composer lies in her ability to fuse the spontaneity of old school jazz with memorable lyrics and musical hooks that give her music broad appeal.

“I have listened to many recordings made up of one composer’s lyrics and music, and Words & Music is perhaps the most notable. Some of the tunes actually have a standard-ish quality to them. I’ve listened to these CDs a number of times and I was surprised at how quickly the material began to stick. Impressive…” — Robert D. Rusch, Cadence Magazine (Produced Bill Dixon & Chet Baker)

LISTEN to Tanner’s interview about WORDS & MUSIC, her career and upcoming projects on NPR:

“When I listen to your music, I’m reminded of what we call standards. That’s not just Tin Pan Alley with your Gershwins, Porter, your Rodgers and Hart; I also hear Brill Building influences like Mann & Weil, King & Goffin and Bacharach & David…” – Jason Marck

LISTEN TO JEANNIE’S MUSIC on her Pandora Stations: (these are Jeannie Tanner stations, through Pandora, not listener generated)

All of Ms. Tanner’s CD’s are available on-line at iTunes and Amazon, and streaming on Spotify and other platforms.

Jeannie Tanner is an award winning composer and recording artist with 7 Grammy-considered albums.